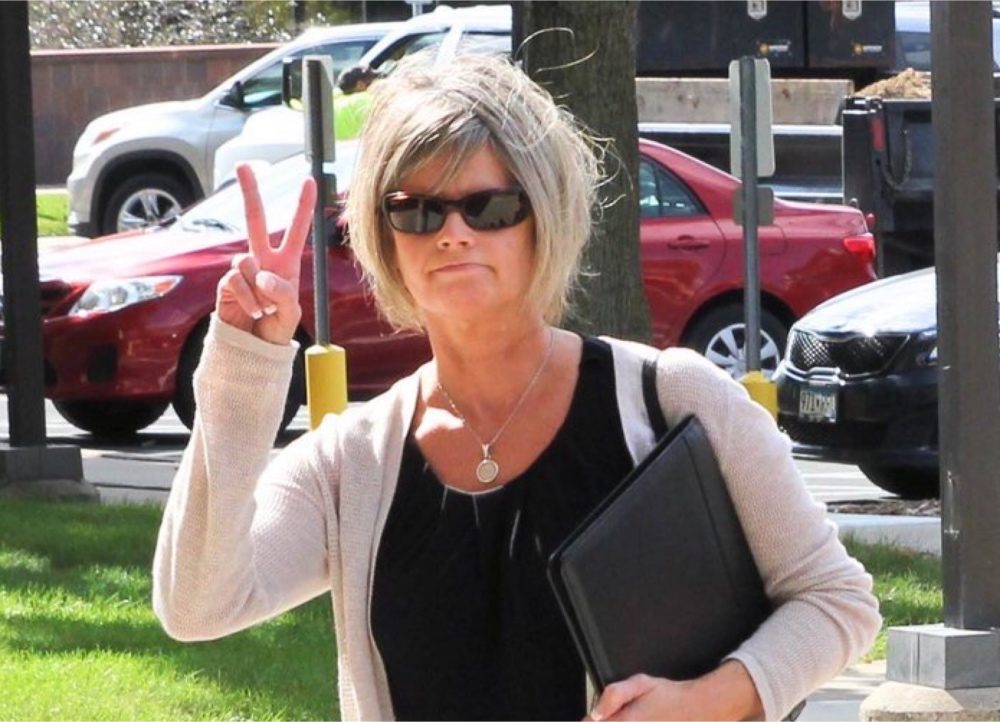 Dede Evavold is scheduled to appear in court tomorrow for an emergency hearing about her continual harassment of David Rucki, his children, and other members of the Rucki family.

The emergency court hearing was scheduled after Lisa Elliott, who serves as the attorney for the Rucki family, filed an emergency motion with the court earlier this month which included over 200 pages of exhibits documenting Evavold’s repeated violations of a Harassment Restraining Order (HRO) granted by a court in Dakota County in July 2017.

Tomorrow’s hearing will be nearly the tenth court hearing held in the last year related to Evavold’s persistent harassment of the Rucki family. Both in and out of the courtroom Evavold has shown contempt for the Rucki family and the legal system.

Evavold was so brazen to even flash the “victory” sign as she walks into a courthouse in Dakota County last year for a hearing about her harassing and threatening behavior. 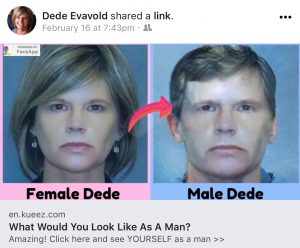 Evavold has pattern of lying on social media, in court documents, and to law enforcement

Evavold has a documented pattern of posting lies on social media, lying in documents submitted to the court, and also lying to law enforcement.

Earlier this month, Evavold’s blog has published a malicious post claiming David Rucki murdered three of his children while married to Sandra Grazzini-Rucki.

The Lakeville Police Department later confirmed that Evavold did not file a police report against David Rucki as she claimed.

Evavold also has an extensive and documented record of making false statements to the public and lying to law enforcement.