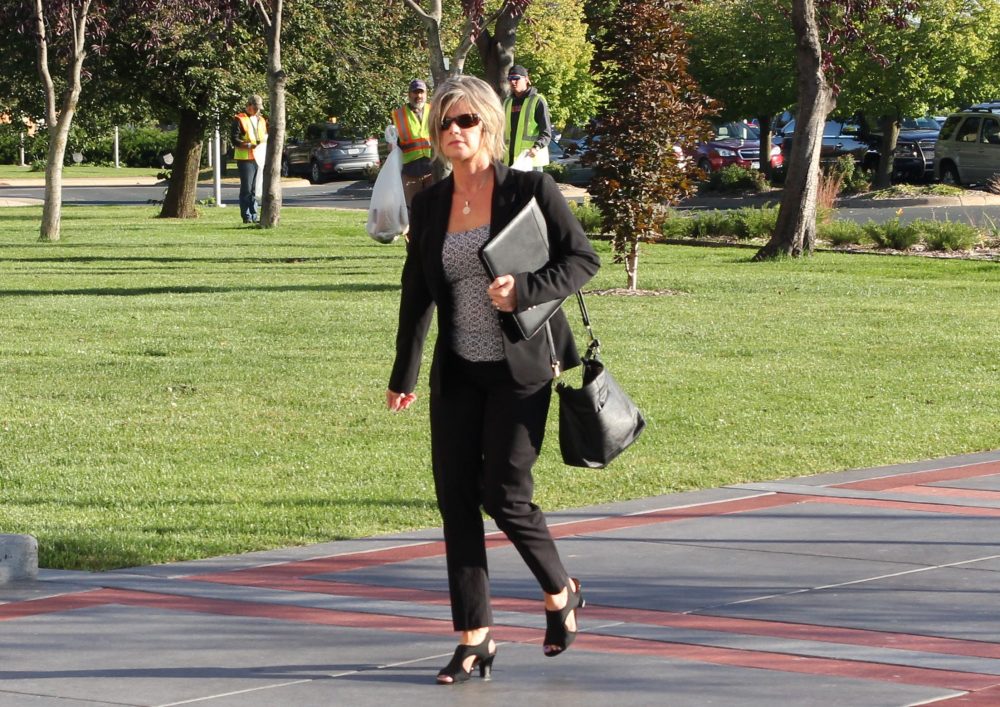 Dede Evavold may face additional criminal charges for violating a Harassment Restraining Order granted by a court in Dakota County to protect David Rucki and his family from her continued harassment.

Evavold violated the Harassment Restraining Order (HRO) less than 36 hours after being warned by a judge at a court hearing in Dakota County that she could face additional criminal charges, including gross misdemeanor and felony charges if she continues to violate the HRO.

On September 12, 2017, Evavold was charged with three criminal counts of violating the HRO. Evavold is scheduled to be arraigned at the Dakota County Western Service Center in Apple Valley on October 17, 2017, at 9:00 AM.

If convicted, Evavold could be sentenced up to 90 days in jail and/or a $1,000 fine on each charge.

At a court hearing last Friday at the Dakota County Western Service Center in Apple Valley, Minnesota about the HRO, Judge Philip Kanning told Evavold that the HRO granted to protect the Rucki family from her continued harassment remains in effect.

After Judge Kanning instructed Evavold that she could face more serious criminal charges if she violated the HRO, Evavold responded by saying, “OK.”

Despite the warning, Evavold violated the HRO on Saturday afternoon by referencing the Rucki family in her use of social media. Evavold has directly violated the HRO at least twice since being criminally charged last month.

Evavold was sentenced on November 10, 2016 after being found guilty of six felony charges – one year ago today – related to her involvement in the disappearance of Samantha and Gianna Rucki, who were abducted by their mother near their home in Lakeville, Minnesota on April 19, 2013 during a custody and divorce dispute involving their parents – Sandra Grazzini-Rucki and David Rucki.

Last Thursday, Evavold appeared in court at the Dakota County Judicial Center in Hastings, Minnesota, for a probation violation hearing after Dakota County Community Corrections filed a Probation Violation Report alleging Evavold had made repeated references to the Rucki family in her use of social media which is a violation of her probation.

Evavold denied violating her probation and the court scheduled an evidentiary hearing for November 2, 2017, at 1:30 PM, where a determination will be made if Evavold has violated the conditions of her probation.

At Friday’s court hearing Lisa Elliott, attorney for the Rucki family told the court that all they want is for Evavold to stop harassing them.

“She seems obsessed with this family,” said Elliott.

Evavold appeared in court twice last week related to her continual harassment of the Rucki family.

While in jail last year, Evavold sent a letter to court staff which containing numerous threats targeted at public officials in Dakota County.

Evavold lives in St. Cloud with her husband Darin and their two children. Her family did not attend Evavold’s criminal trial, but members of her family did attend her sentencing hearing.