The Girls Are Gone Missing in Minnesota

On September 13, 2018, Michael Brodkorb and Allison Mann announced the release of their book, The Girls Are Gone which provides new details about the disappearance of Samantha and Gianna Rucki and the adults who conspired to keep the missing sisters and the truth hidden.

The Girls Are Gone is published by Wise Ink Creative Publishing and was released publicly on October 23, 2018. 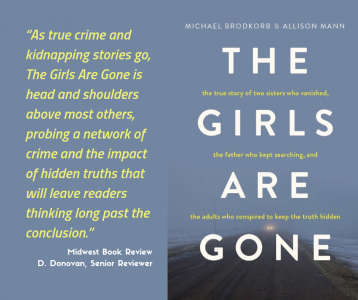