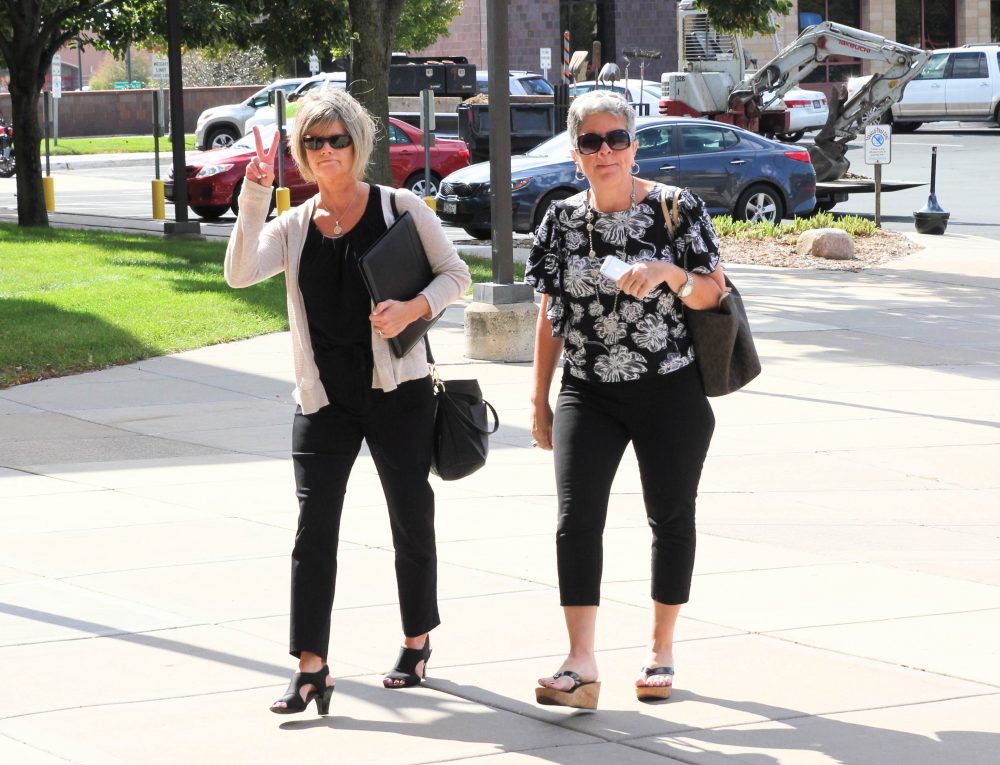 Dede Evavold denied she has violated the conditions of her probation which prohibited her from making any reference to Rucki family in her use of social media during a probation violation hearing today at the Dakota County Judicial Center in Hastings, Minnesota.

Today’s hearing was scheduled after Dakota County Community Corrections filed a Probation Violation Report with Dakota County District Court last month alleging Evavold had made repeated references to the Rucki family in her use of social media.

Despite authoring numerous posts where she directly named members of the Rucki family, and also sharing many of the posts on her personal social media accounts, Evavold denied in court today that she violated the conditions of her probation.

Judge Karen Asphaug scheduled an evidentiary hearing for November 2, 2017, at 1:30 PM, where a determination will be made if Evavold has violated the conditions of her probation.

Evavold is not an attorney but is an activist, who also runs a blog focused on exposing what Evavold and her supporters believe are injustices and corruption in the judicial system. She represented herself during her criminal trial and during today’s probation hearing.

Click here to watch a video of Judge Asphaug’s instructions to Evavold.

But since being released from jail, Evavold has ignored the court’s instructions and has written numerous posts which reference the Rucki family.

The first post titled “BACK FROM THE BIG HOUSE”, was publish by Evavold just days after she left jail. In the post, Evavold mentioned the Rucki family. Evavold also boasted about her time in jail and discussed advice she received from Grazzini-Rucki’s family court attorney, Michelle MacDonald.

Evavold has published a steady stream of posts on social media which make reference to the Rucki family, including posts which featured pictures of the Rucki’s home and also a map to their home.

Both Grazzini-Rucki and MacDonald have promoted posts from Evavold since she was released from jail.

Judge Asphaug also said Evavold “showed no remorse or comprehension” for her actions against the Rucki family, adding that Evavold’s actions “disrupted a family for 944 days.”

Earlier this month, Evavold was charged with three criminal counts of violating a Harassment Restraining Order granted by a court in Dakota County to protect David Rucki and his family from Evavold’s continued harassment.

Tomorrow morning, Evavold is scheduled to appear in court in Apple Valley for a hearing about the Harassment Restraining Order granted by Dakota County.