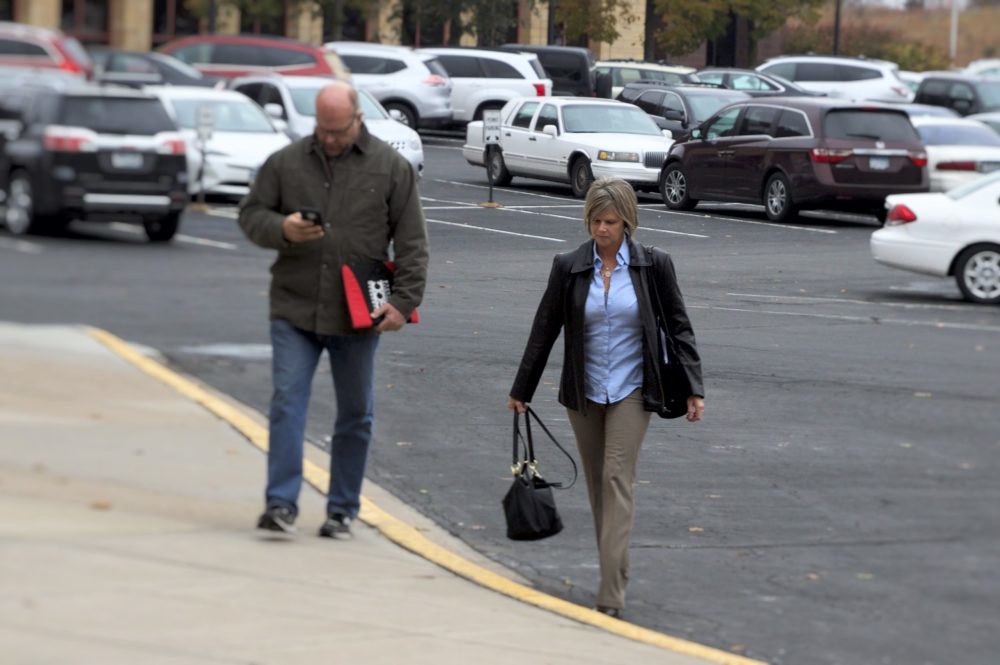 Dede Evavold did not appear confident as she walked with her head down into the Dakota County Judicial Center in Hastings, Minnesota today for an evidentiary hearing on probation violations.

An hour later, a visibly agitated Evavold stormed out of the courtroom after the hearing was postponed at the request of Assistant Dakota County Attorney Kathy Keena, who informed the court that new probation violations would be filed against Evavold.

Keena requested the hearing be postponed because Evavold is facing new criminal charges for violating an a Harassment Restraining Order (HRO) granted by a court in Dakota County to protect David Rucki and his family from Evavold’s continued harassment, and because of alleged new probation violation committed by Evavold last evening.

Judge Karen Asphaug scheduled the next hearing for March 7, 2018, at 10:00 AM, where a determination will be made if Evavold has violated the conditions of her probation.