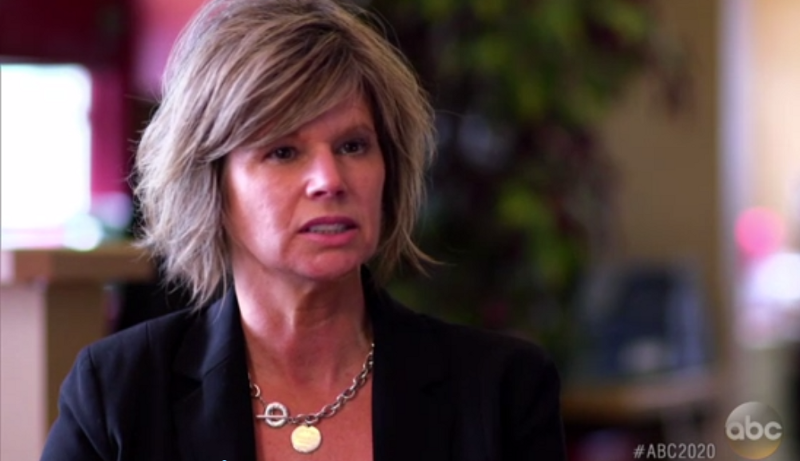 One of the four people charged in the disappearance of two sisters from Lakeville for 944 days — Deirdre [Dede] Evavold — spoke with me last year and offered her perspective on the legal drama involving the Rucki family.[/drop_cap]

The interview with Evavold occurred in September 2015 —three months before she would be charged with felonies related to the disappearance of Samantha and Gianna Rucki in April 2013.

Evavold is a close friend and confidant of Sandra Grazzini-Rucki, who she met during her contentious divorce with David Rucki.

Evavold is not an attorney, but is an activist, and also runs a blog focused on exposing what Evavold and her supporters believe are injustices and corruption in the judicial system.

The girls disappeared during a custody and divorce dispute involving their parents on April 19, 2013. The girls were later found on a ranch in northern Minnesota on November 15, 2015.

Doug and Gina Dahlen, who own the ranch where the girls were found, and Evavold have each been charged with two felony counts of deprivation of parental rights for their involvement in the disappearance of the two girls.

Grazzini-Rucki has been charged with six felony counts of deprivation of parental rights involving the disappearance of her two daughters.

According to criminal complaints, the girls were delivered to the Dahlen’s residence in northern Minnesota on April 21, 2013 by Grazzini-Rucki and Evavold. Gina Dahlen and Evavold knew each other from past work in pharmaceutical sales.

The girls have been reunited with their father, who was awarded full custody of all five of his children in November 2013.

The interview with Evavold, from September 2015, contradicts many of the statements made by Evavold since she was charged related to the disappearance of the two girls.

In the interview, Evavold denies knowing the missing girls, she questioned if the girls were even alive, and suggested David Rucki’s parents and sister, Dr. Tammy Love, be investigated for being possibly involved in the disappearance of the girls.

Evavold was frustrated in the interview that the focus of the public was on the missing girls and not on her concern with the entire family court system — a position shared by others close to Grazzini-Rucki.

Michelle MacDonald expressed similar concerns in a separate interview about too much of the public’s attention being on two missing kids and not problems with the family courts.

In the interview, Evavold expressed sympathy for the missing girls’ father.

The interview with Evavold occurred after law enforcement with the United States Marshals Service visited Evavold’s home in St. Cloud.

In August 2015, an arrest warrant was issued for Grazzini-Rucki for deprivation of parental rights.

Evavold admitted in our interview, as she did with law enforcement, that she was updating Grazzini-Rucki’s Facebook account.

She described her conversation with law enforcement as very respectful, adding that she had “nothing to hide.”

In our interview, Evavold was frustrated that she had not been contacted earlier by law enforcement or had been provided with the opportunity in court to talk about Grazzini-Rucki and her missing kids.

“Like I said, I was always willing to chat, long before and we thought we would in court,” said Evavold.

Evavold was blunt, “I’m an honest person Michael, you’ll always get truth with me.”

According to multiple court documents and police reports, Evavold knew the missing Rucki sisters, but in our interview, she denied ever meeting the girls.

Evavold was dismissive of claims made by Dale Nathan that the Rucki sisters traveled to the St. Cloud area after they disappeared in April 2013.

In response to a direct question, if the girls stayed with her after they disappeared, Evavold said: “they didn’t.”

But a search of Nathan computer found emails Evavold sent to Nathan which contained typed letters and handwritten notes from the missing Rucki sisters. Nathan also received a fax transmission from Evavold, just days after the girls disappeared.

While Evavold expressed sympathy for David Rucki, going so far as to acknowledge he was being “harmed” by the disappearance of his daughters, and referring to him as a victim, Evavold now claims David Rucki is “a violent man.”

Evavold’s frustration at a failed plan

Throughout my interview with Evavold, there was an underlying sense that Evavold felt personally defeated that a plan had failed.

Like with MacDonald, Evavold was frustrated with the attention given to two missing kids and not the problems she perceived existed with the family court system.

Evavold said she hoped the “court of public opinion would change” the focus and perception of this case.

Also, Evavold’s statement in our interview that she was “always willing to chat, long before” and that “we thought we would in court,” shows Evavold was involved in a plan with others.

Reached today by phone, Evavold declined to comment about our interview from September 2015.

Evavold criminal trial is scheduled to begin in September.