For the second time this month, Judge Karen Asphaug has denied a motion filed by Doug and Gina Dahlen to dismiss the criminal charges filed against them related to disappearance of two sisters from Lakeville who were found living at their ranch in northern Minnesota.

The Dahlens have each been charged with two felony counts of deprivation of parental rights involving the disappearance of Samantha and Gianna Rucki, who disappeared during a custody and divorce dispute involving their parents on April 19, 2013.

Last week, Judge Asphaug denied a motion to dismiss the criminal charges against the Dahlen on the basis that the statutes defining deprivation of parental rights are “overbroad.”

Judge Asphaug also denied a motion to dismiss the criminal charges against the Dahlens based on their claim that the statutes defining deprivation of parental rights violates their free exercise of religion.

On June 13, 2016, Judge Asphaug denied a motion to dismiss criminal charges against the Dahlens for lack of probable cause. 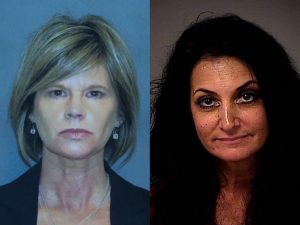 Last month, the Dahlens offered to testify against Grazzini-Rucki and Evavold if they are granted immunity from prosecution.