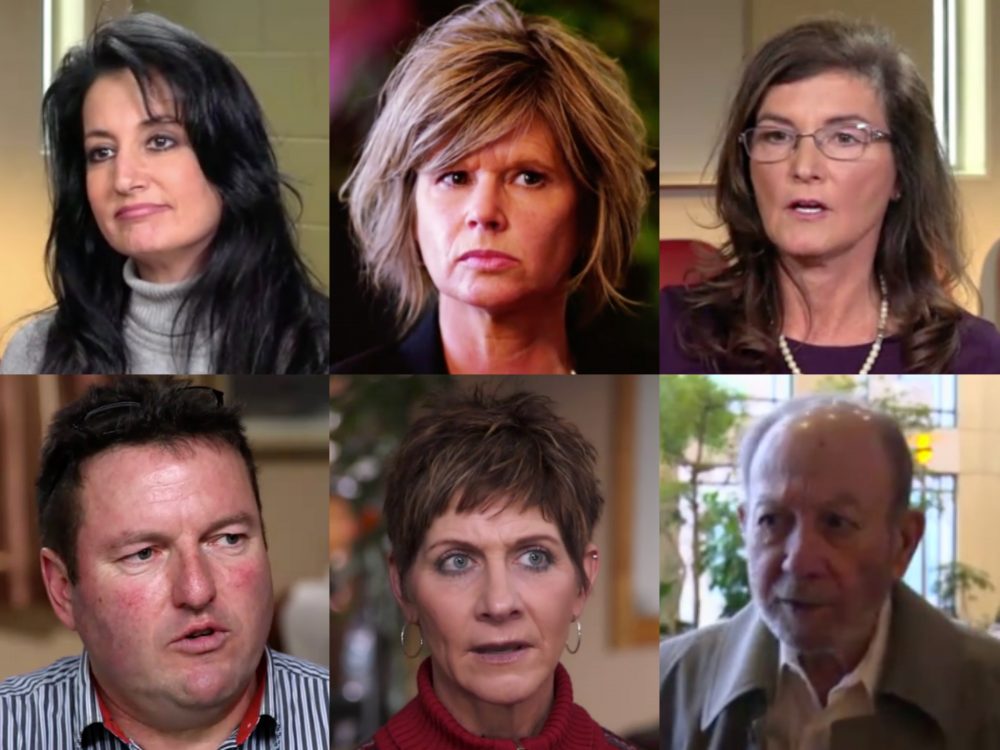 Since the episode first aired last April, there have been multiple developments involving many of the people interviewed.

Grazzini-Rucki’s disdain for law enforcement and the court system has become more flagrant, her rhetoric more incendiary, and her behavior increasingly dangerous. Grazzini-Rucki is currently on probation for her role in the disappearance of her children but announced earlier this month that she and others will be targeting the family members of judges, attorneys, and county staff, including their children.

Grazzini-Rucki is appealing her criminal conviction.

Michelle MacDonald continues to serve as Grazzini-Rucki’s family court attorney. An attorney complaint was filed against MacDonald in August 2016 and focused on her behavior during family court proceedings involving Grazzini-Rucki, and her legal representation of Joseph Francis D’Costa.

In January 2017, a judicial referee appointed by the Minnesota Supreme Court recommended that MacDonald’s law license be suspended for a minimum of 60 days, followed by two years of probation, which would include a mental health evaluation.

In an unrelated court proceeding, a three-judge panel ruled in December 2016 that MacDonald “knowingly violated” campaign law when she falsely claimed she was endorsed by a non-existent Republican organization.

MacDonald is appealing both the recommendation that her law license be suspended and ruling from the three-judge panel related to her unsuccessful campaign for the Minnesota Supreme Court.

Doug and Gina Dahlen each pleaded guilty in January to one count of deprivation of parental rights for their role in the disappearance of the Rucki sisters.

The Dahlens will both be sentenced on May 2, 2017, at the Dakota County Judicial Center in Hastings. The White Horse Ranch is currently for sale.

Dale Nathan, who told the Star Tribune in April 2015 that he was in a car driven by Sandra Grazzini-Rucki on the night she picked up her two daughters — Samantha and Gianna Rucki — after they ran from their home in Lakeville on April 19, 2013, died just hours after “20/20” aired last April.