A three-judge panel has ruled that Michelle MacDonald, who was a candidate for the Minnesota Supreme Court in 2016, “knowingly violated” campaign law when she falsely claimed she was endorsed by a non-existent Republican organization.

Steve Timmer, one of people who filed the complaint against MacDonald said today, “I am not a fan of party endorsements for any judicial office. Even worse is when a candidate, campaigning to sit on the Supreme Court, says or implies that she is endorsed when she isn’t.”

Timmer added, “that is what Michelle MacDonald did, and I am glad that the Office of Administrative Hearings saw it that way, too.”

Judge Jessica Palmer-Denig held a hearing in November on the complaint filed against MacDonald by Barbara Linert of Eagan and Timmer of Edina, who claimed MacDonald provided false information to the Star Tribune for publication in their “Voter Guide.”

Linert said today that she “was glad Michelle MacDonald was held accountable for misleading the voters.”

Just days before the election, Judge Palmer-Denig ordered there was probable cause to believe MacDonald violated the Minnesota Fair Campaign Practices Act by falsely claiming her current campaign for the Minnesota Supreme Court had received the endorsement of the Republican Party of Minnesota.

An evidentiary hearing was held last week before the same three-judge panel that issued today’s ruling.

MacDonald was rude and obnoxious during the hearing and had to be repeatedly instructed to stop interrupting when being asked questions.

Erick Kaardal, who served as MacDonald’s attorney, struggled to keep MacDonald under control and focused during the hearing. 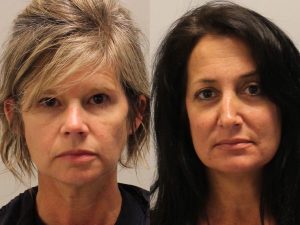