Dede Evavold may have violated her probation again 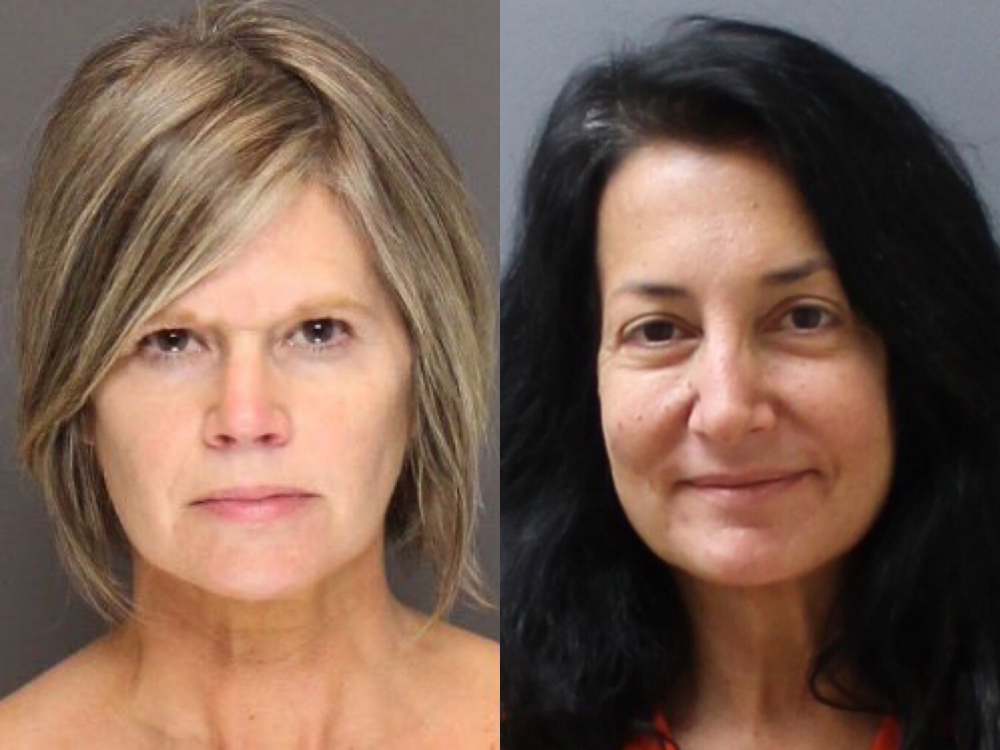 On May 10, 2018, the United States Supreme Court docketed a Petition for Writ of Certiorari filed on behalf of Sandra Grazzini-Rucki regarding the contested child support matter stemming from her divorce from David Rucki. 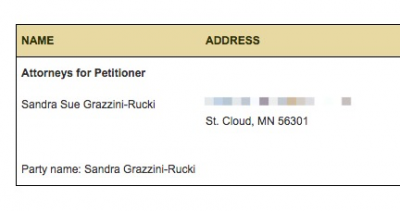 On the Supreme Court docket, Grazzini-Rucki appears as a pro se party. However, her address is listed as Evavold’s home in St. Cloud, Minnesota.

Missing in Minnesota has redacted Evavold’s address from a screen capture of the public filing available on the website of the United State Supreme Court.

According to Stearns County Community Corrections, Grazzini-Rucki will be living at an address in Stearns County while she is on supervised probation.

An exact address for Grazzini-Rucki is not publicly available.

Grazzini-Rucki has no known relatives that live in Stearns County, but a small number of her remaining supporters live in the area, including Evavold.

By filing a Petition for Writ of Certiorari, Grazzini-Rucki is requesting that the US Supreme Court review the decision of the lower court regarding her child support obligations.

Filed with the Petition for Writ is a Motion for Leave to Proceed In Forma Pauperis in which Grazzini-Rucki claims again to be homeless, penniless and destitute – a claim which has since been refuted.

Missing in Minnesota reported yesterday that Grazzini-Rucki had requested that her supervised probation is transferred from Minnesota to her home state of Flordia.

Dede Evavold’s criminal trial for her repeated HRO violations has been scheduled for July 23, 2018.

At her sentencing hearing on November 20, 2016,  Judge Asphaug said to Evavold, “You have shown no remorse or understanding or comprehension of your actions.”

It was not clear then, and it remains unclear today, why Evavold continues to be involved with the Rucki family or any of the cases.

Michael Brodkorb contributed to this story.