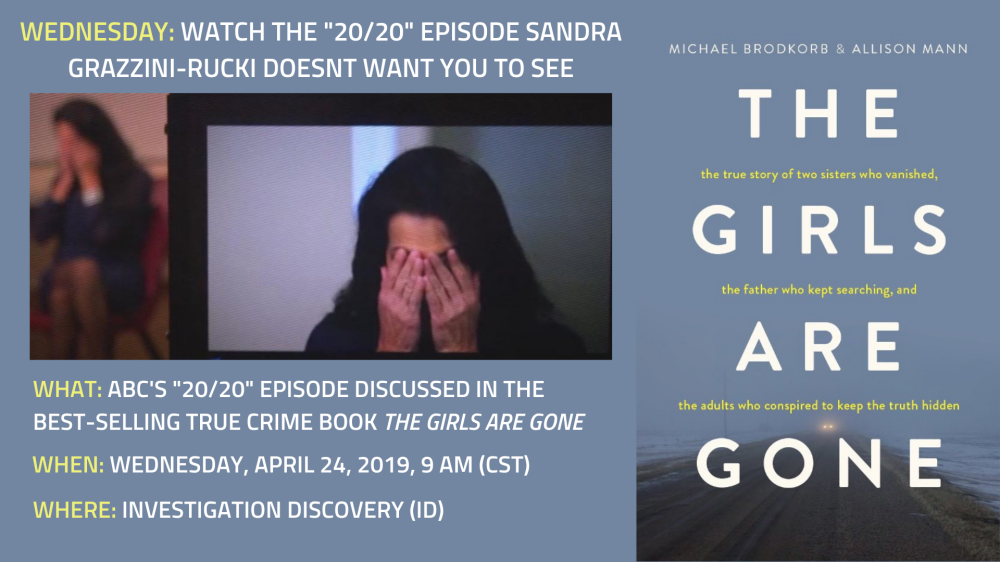 Tomorrow, April 24, 2019, at 9 AM (CST), Investigative Discovery (ID) will be broadcasting the episode of ABC’s “20/20” discussed in the award-winning true crime book,  The Girls Are Gone.

Brodkorb and Mann have appeared at over 25 events for their book in the last few months, and more book events will be announced in the next week.