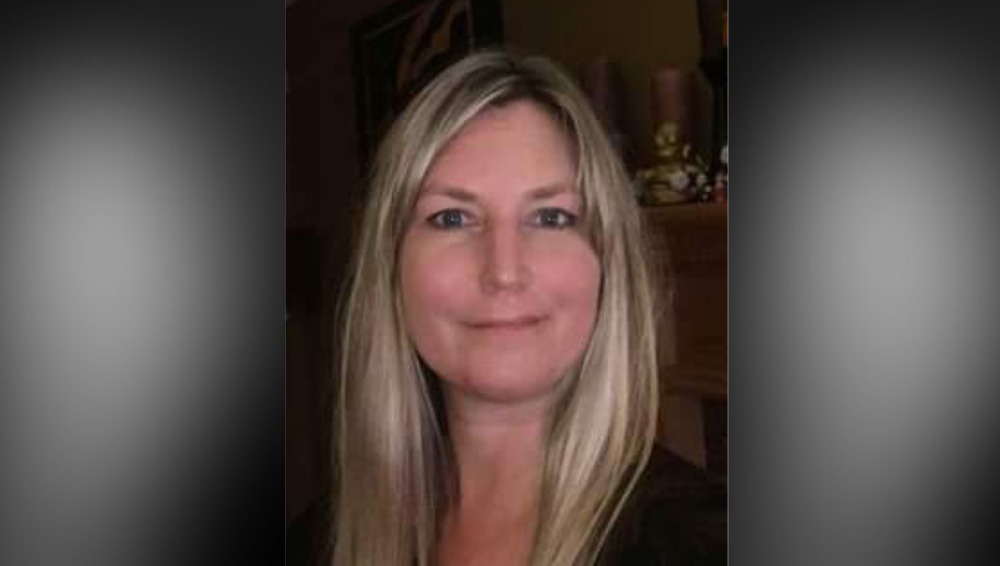 After Beaudette testified about Young’s involvement with the pictures, the Eagan Police Department began making attempts to speak with Young. Despite their efforts, Young has not spoken with law enforcement about her involvement.

Young is a friend and neighbor of Dede (Deidre) Evavold. Evavold is a close friend and confidant of Sandra Grazzini-Rucki, who she met during Sandra’s divorce with David Rucki.

Young has a long history of supporting Evavold and Grazzini-Rucki 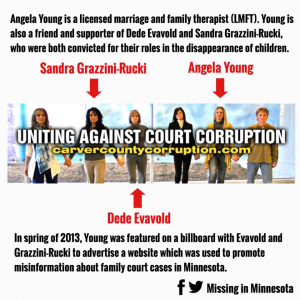 Young was featured on a public billboard in the spring of 2013 with Evavold and Grazzini-Rucki to advertise a website which was used to promote misinformation about family court cases in Minnesota.

In July 2016, Grazzini-Rucki was found guilty on six counts of deprivation of parental rights for her role in the disappearance of her daughters, Samantha and Gianna Rucki.

Evavold was charged and convicted of six felony counts of deprivation of parental rights for her involvement in the disappearance of Grazzini-Rucki’s daughters.

In her voicemail message, Young said she was a marriage and family therapist and later defended both Evavold and Kimberley Bukstein.

Young was questioned by law enforcement during the investigation into the disappearance of the Rucki sisters. Young was never charged, nor was she one of the four people labeled as a “person of interest” by the Lakeville Police Department.

Young is currently being investigated by the Minnesota Board of Marriage and Family Therapy based on a complaint filed against Young in March 2018.

Young’s connection to people involved in the disappearance of missing children is examined in the new book, The Girls Are Gone. The book also includes new information about the disappearance of Samantha and Gianna Rucki and the adults who conspired to keep the missing sisters and the truth hidden.

The Girls Are Gone is published by Wise Ink Creative Publishing and was released last week.