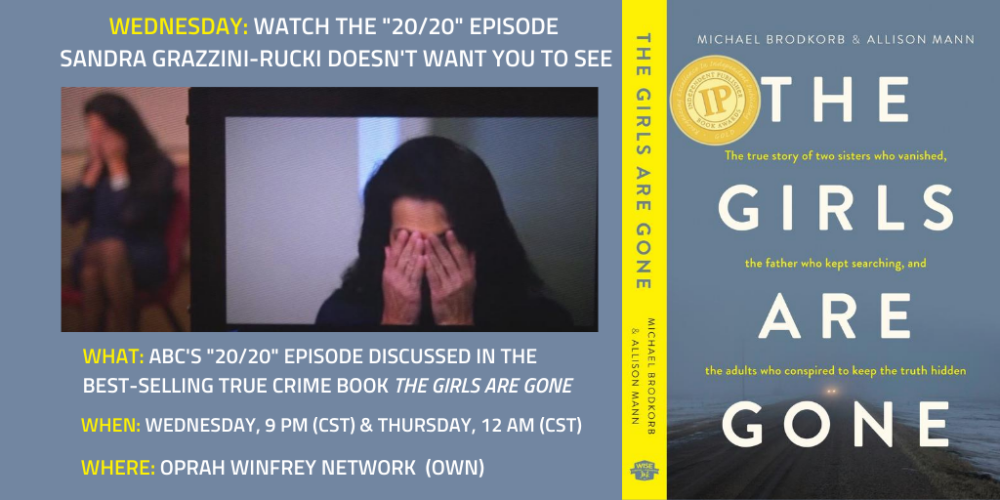 The riveting episode of ABC’s “20/20” discussed in the award-winning true crime book, The Girls Are Gone, will be broadcast tonight at 9 PM (CST) and Thursday at 12 AM (CST) on the Oprah Winfrey Network (OWN).