According to court documents filed in Dakota County, an arrest warrant was issued for Sandra Grazzini-Rucki because she failed to “maintain contact with probation” and she failed “to notify probation within 72 hours of any change in address, employment, and phone number.”

Grazzini-Rucki was released from jail last week, finishing the first portion of her jail sentence which will continue over the next six years. Below is the order from Dakota County granting the request for a warrant to be issued for Grazzini-Rucki’s arrest. 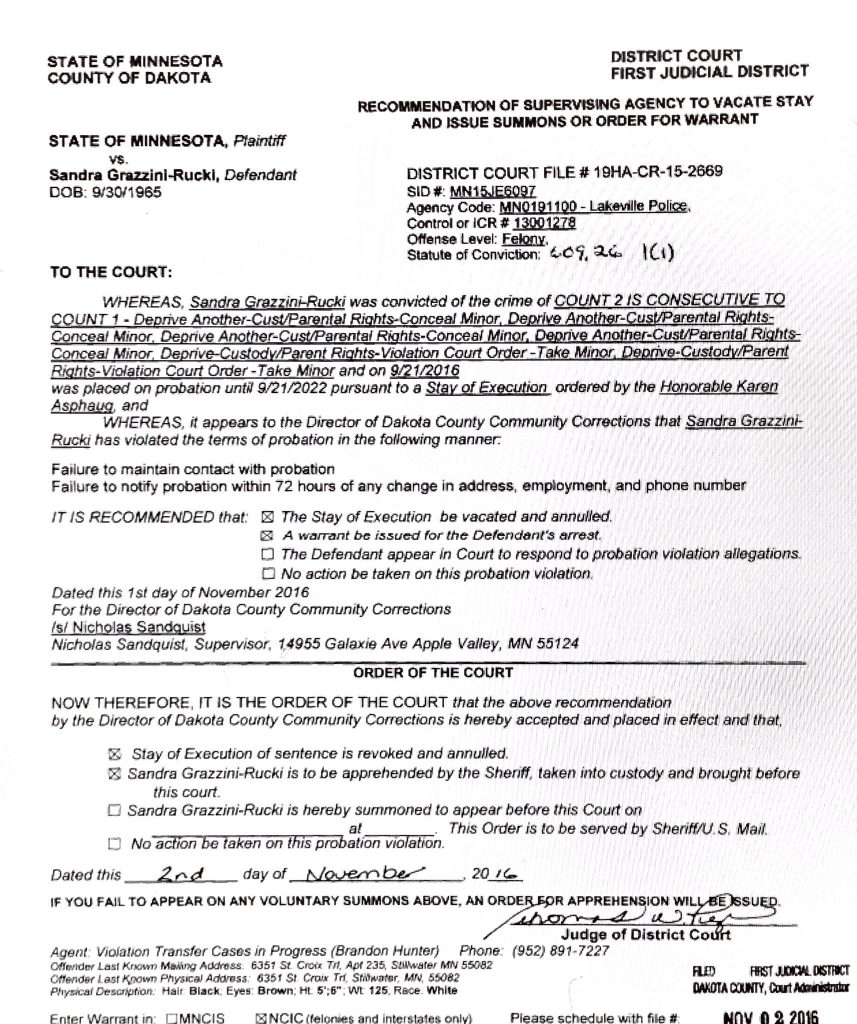 Stephen Grigsby, Grazzini-Rucki’s criminal defense was quoted by the Star Tribune in October saying that “[Grazzini-Rucki] has no intentions to comply with probation.”

If you have any information pertaining to the location of Grazzini-Rucki, please call the Dakota County Sheriff’s Office at 651-438-TIPS.