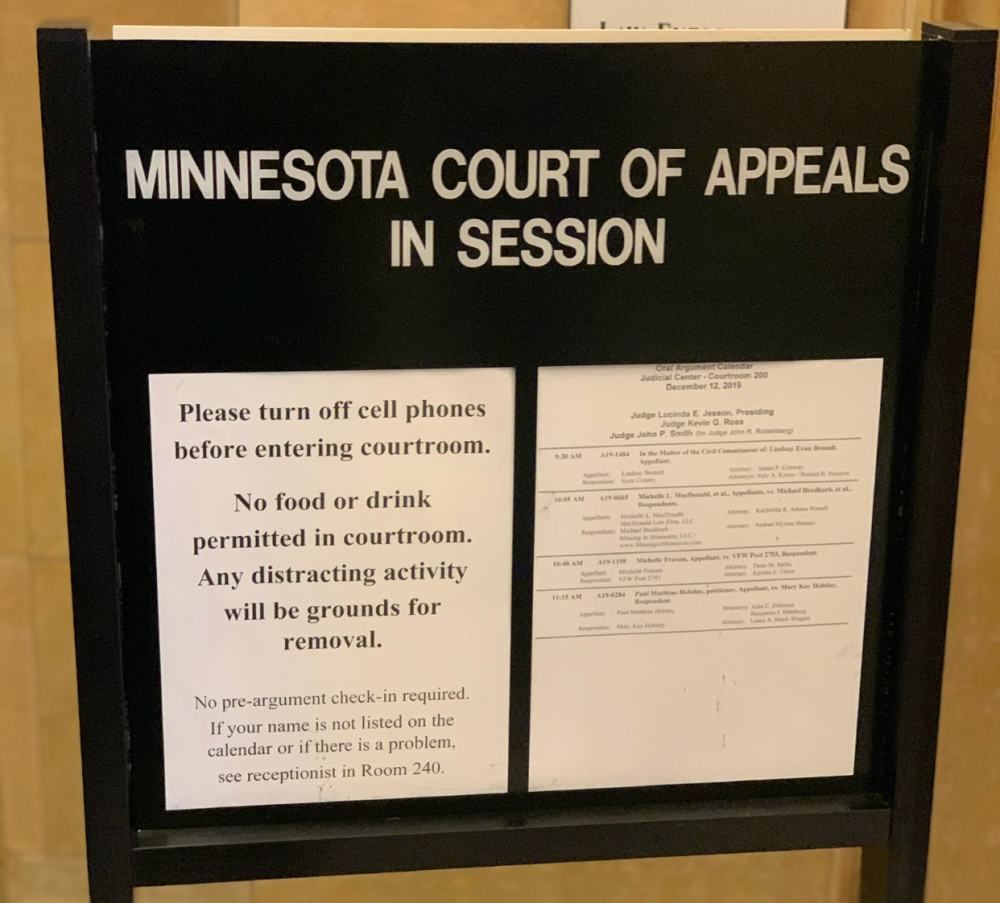 The Minnesota Court of Appeals will hear oral arguments on Thursday about Michelle MacDonald’s appeal of the dismissal of her lawsuit against Michael Brodkorb and Missing in Minnesota. Arguments will be heard at 10:05 AM in Courtroom 200 of the Minnesota Judicial Center.

The 16-month investigation into the alleged violations by MacDonald was opened after Missing in Minnesota filed a formal complaint with the Office of Lawyers Professional Responsibility weeks after MacDonald filed a “frivolous and vexatious” lawsuit against Missing in Minnesota, which appears to be in violation of an Order of the Minnesota Supreme Court which details the conditions by which MacDonald is allowed to practice law.

A judicial referee appointed by the Minnesota Supreme Court recommended that Karlowba R. Adams Powell, who serves as MacDonald’s attorney in her lawsuit against Brodkorb and Missing in Minnesota, should be “indefinitely suspended” from the practice of law.

According to a court filing, this is the fourth disciplinary proceeding for “professional misconduct” involving Adams Powell.