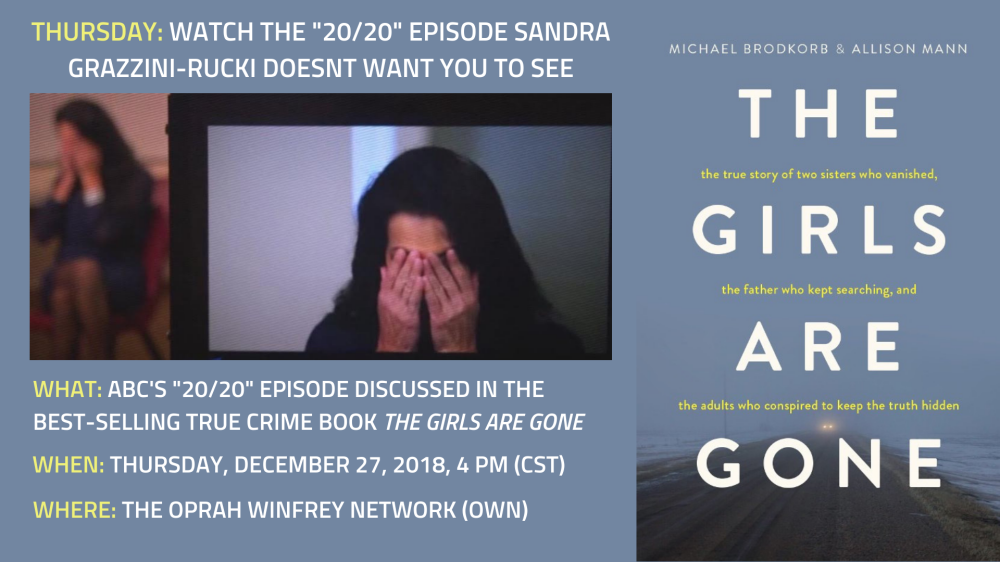 On Thursday, December 27, 2018, at 4 PM (CST), The Oprah Winfrey Network (OWN) will be broadcasting the episode of ABC’s “20/20” discussed in the new best-selling true crime book,  The Girls Are Gone. Starting at 3:45 PM (CST), we’ll be answering questions and discussing the broadcast live on Facebook.