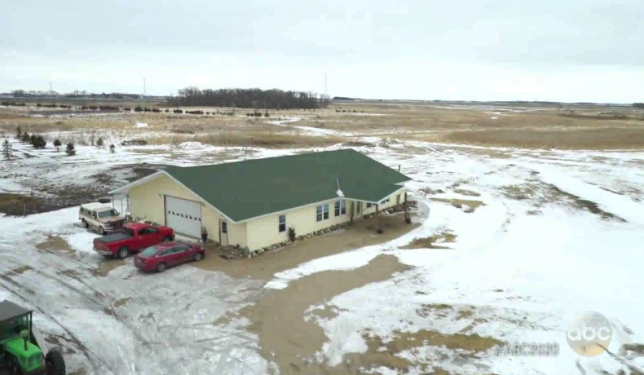 Doug and Gina Dahlen, the owners of a ranch in northern Minnesota where two missing Lakeville sisters lived for over two years after disappearing from their home, have been living on the property in violation of a court order since May 2015.

Doug and his third wife, Gina, have each been charged with two felony counts of deprivation of parental rights involving the disappearance of Samantha and Gianna Rucki, who disappeared during a custody and divorce dispute involving their parents on April 19, 2013.

The girls lived at the White Horse Ranch, which is located on 162 acres in Herman, Minnesota, and were found by law enforcement on November 15, 2015.

According to court documents from Doug Dahlen’s divorce from his second wife, Pamela Nelson in 2009, the property where Doug currently lives with Gina, which includes the White Horse Ranch, was to be listed and sold, with the proceeds being divided by Doug and Pamela.

Doug has not vacated the property, nor has he purchased Nelson’s interest in the property — a violation of the court’s order.

Doug and Gina continue to live on the property and run the White Horse Ranch, which includes interacting with children, while they await their upcoming criminal trials.

Neither Doug, nor his attorney, responded to a request for comment.