MacDonald asks Trump to nominate her to replace RGB 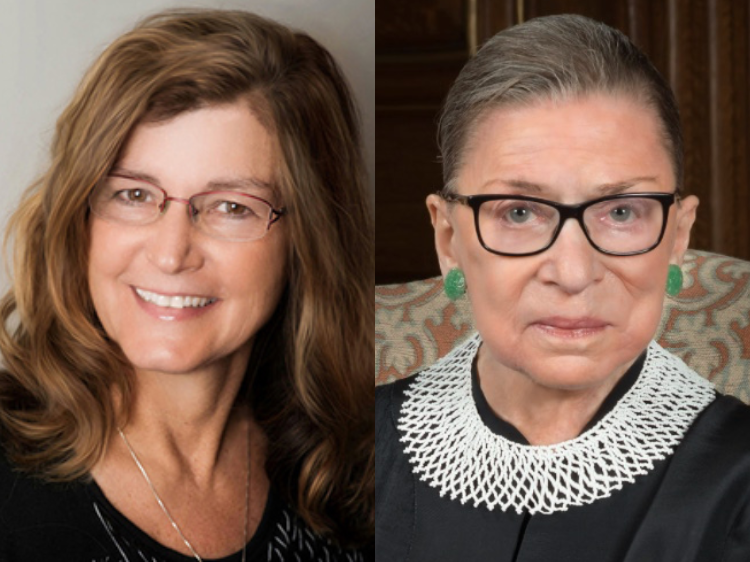 Michelle MacDonald, who was labeled a “person of interest” in the disappearance of missing children, and is facing discipline for multiple violations of the rules governing licensed attorneys, asked President Donald Trump to nominate her to replace Justice Ruth Bader Ginsburg, who died Friday.

MacDonald made her request to Trump on social media that she be nominated to fill the seat of Ginsburg on the US Supreme Court less than 24 hours after Ginsburg’s death was first reported.

The shocking plea from MacDonald to be nominated to the US Supreme Court came days after a disciplinary hearing was held on the petition from the Office of Lawyers Professional Responsibility which details 14 violations by MacDonald of the Minnesota Rules of Professional Conduct governing licensed attorneys and 7 violations of her probation by which she can practice law in Minnesota.

Despite facing discipline, MacDonald is a candidate for the Minnesota Supreme Court

Despite MacDonald facing serious discipline and the likely suspension of her law license, MacDonald can still run for the Minnesota Supreme Court.

Courts in Minnesota have interpreted the requirement in the Minnesota Constitution that judges “shall be learned in the law” as being licensed to practice law. Candidates for the Minnesota Supreme Court, Minnesota Court of Appeals, District Court of Minnesota, or county attorney are required to submit a copy of their law license when they file to run for office with the Minnesota Secretary of State.

The petition filed by the Office of Lawyers Professional Responsibility  – which was the focus of the hearing last week – details three counts of “unprofessional conduct warranting revocation of probation and further public discipline” of MacDonald.

The first count details “knowingly false statements” made by MacDonald about Judge David Knutson during a radio interview with Blois Olson on WCCO Radio in October 2018.

During the interview, MacDonald said it wasn’t Sandra Grazzini-Rucki who committed a crime when she abducted her children during a custody dispute with her ex-husband. MacDonald said the crime involving the disappearance of Samatha and Gianna Rucki was committed by Judge David Knutson when he issued a court order involving custody in 2012.

The second count against MacDonald is about the “factually frivolous defamation lawsuit” filed by MacDonald against Brodkorb and Missing in Minnesota. The petition states MacDonald’s “conduct in filing a frivolous defamation lawsuit against the defendants, which lacked a basis in fact particularly given respondent’s probation requirement to ensure factual accuracy…” violated her probation and rules governor licensed attorneys in Minnesota.

The third count in the petition describes MacDonald’s conduct in charging “unreasonable fees,”  failing to provide a copy of a retaining agreement to a client, and failing to get a confirmation in writing of a “fee-sharing arrangement…”

MacDonald has been previously disciplined for multiple rule violations

An examination of MacDonald’s legal work was detailed in the book, The Girls Are Gone which was released on October 23, 2018.

The book also includes new information about the disappearance of Samantha and Gianna Rucki and the adults who conspired to keep the missing sisters and the truth hidden.