Lisa Elliott named one of Minnesota Lawyer's 'Attorneys of the Year' 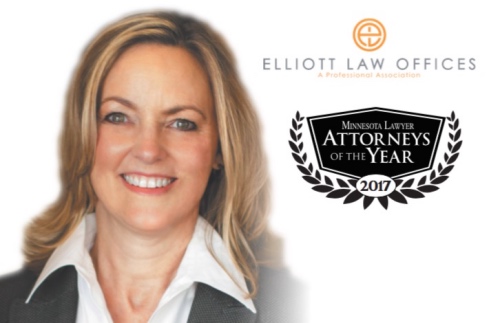 Lisa Elliott, who serves as David Rucki’s family court attorney was named one of Minnesota Lawyer’s Attorneys of the Year for 2017 at a ceremony last evening in Minneapolis.

Minnesota Lawyer “recognizes the best achievements in the Minnesota legal profession with the Attorneys of the Year awards.”

Elliott has continued to serve as David Rucki’s attorney since 2011, while Sandra Grazzini-Rucki has been represented by numerous other attorneys, including Michelle MacDonald.

In a story about Elliott, Minnesota Lawyer highlighted that “Elliott’s tenacity prevailed in what is considered the first significant case in Minnesota dealing with parental alienation.”

Elliott told Minnesota Lawyer, “I like helping people through some pretty tough stages in their lives and see them come out the other side.”

David Rucki praised Elliott’s work, “on behalf of myself and my family, I want to thank Lisa Elliott for being an amazing ally and advocate over the last seven years.”

“Lisa has gone above and beyond to fight for my children and me more times than I can count. Congratulations and thank you to Lisa and everyone at Elliott Law Office,” said David.

While Elliott was recognized by her colleagues in the legal community for her outstanding work, Michelle MacDonald’s law license was recently suspended by the Minnesota Supreme Court. 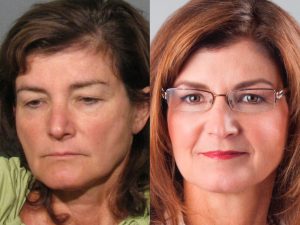 During a court hearing in September 2013, MacDonald was arrested while serving as Grazzini-Rucki’s attorney.

In an order issued two weeks ago by the Minnesota Supreme Court, MacDonald’s license has been suspended for a minimum of 60 days. MacDonald must complete a series of tasks before being eligible for reinstatement of her license to a probationary status for two years.

Among the conditions placed on MacDonald if her license is reinstated will be a restriction on her ability to have a solo law practice.

Before being eligible for reinstatement, MacDonald must prove that she is prepared to cease her solo practice.

In addition to working daily with a supervising attorney who must co-sign all court pleadings, MacDonald must also work with a probation supervisor appointed by the Board to assure her compliance with the terms of her probation.