Judge: Evavold involved in harassment of Brodkorb's wife and children

In September, Judge Baxter upheld the HRO filed against Ristau after she requested a hearing to contest the HRO. Judge Baxter said Ristau was involved in a “conspiracy to commit harassment” when she took a picture of Ms. Brodkorb and her minor children while shopping and later distributed the picture to people connected to Sandra Grazzini-Rucki and Dede Evavold. 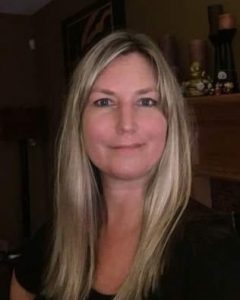 The Eagan Police Department still wants to speak with Angela Young, who is Dede Evavold’s friend and next-door neighbor, about her involvement with the pictures of Mrs. Brodkorb and her minor children and the social media account where the pictures were posted.

Judge Baxter’s order documents Beaudette testimony that she gave the pictures of Ms. Brodkorb and her minor children to Evavold and Young. Brodkorb said today that he plans to further discuss Young’s involvement with the pictures taken of his wife and minor children with his attorney in the coming days.

Evavold involvement in the disappearance of missing children is examined in the new book, The Girls Are Gone. The book also includes new information about the disappearance of Samantha and Gianna Rucki and the adults who conspired to keep the missing sisters and the truth hidden.

Since the announcement of the book, Evavold has been furiously working to file “criminal complaints” and making bizarre demands for investigations into her criminal trial. Evavold isn’t making the claim that she and her co-defendants are innocent but wants the new trials for the purpose of negatively impacting sales of the book.