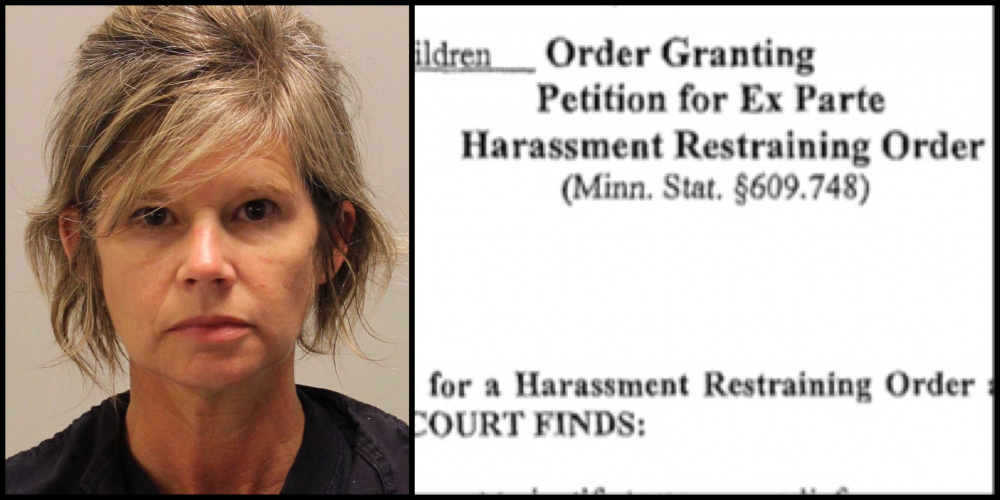 Dede Evavold continues to violate both the terms of her probation and a recently granted Harassment Restraining Order (HRO) which specifically restrict her from harassing and threatening the Rucki family by mentioning them in her use of social media.

Evavold was sentenced on November 10, 2016 after being found guilty of six felony charges related to her involvement in the disappearance of Samantha and Gianna Rucki, who were abducted by their mother near their home in Lakeville, Minnesota on April 19, 2013.

On July 31, 2017, Evavold was served with the HRO at her home in St. Cloud which was granted by a court in Dakota County at the request of David Rucki and his daughter, Samantha Rucki, against Evavold. Days earlier, a court in Dakota County ruled that “an immediate and present danger of harassment” by Evavold existed to warrant the granting of the HRO.

The HRO requested by David Rucki and Samantha Rucki also protects Gianna Rucki and two other minor Rucki children from being harassed by Evavold. Since the HRO was granted and served on Evavold she has repeatedly violated the HRO and thus the conditions of her probation which were imposed at her sentencing hearing last year.

Evavold is not an attorney, but is an activist, who also runs a blog focused on exposing what Evavold and her supporters believe are injustices and corruption in the judicial system. She represented herself during her criminal trial.

Immediately upon release from jail Evavold began harassing and threatening the Rucki family by mentioning them in her use of social media.

Every post which mentions the Rucki family is a clear violation of the terms of her probation.

That includes Orders for Protection, Harassment Restraining Orders, also any other civil restraining order that prohibits you from having contact with any person or going to any place.”

While Evavold is prohibited from having any contact with minor children, yet she is still harasses three minor Rucki children.

Since the time of the her sentencing hearing, Evavold has served 118 days in jail and she remains on probation for another seven years.

David Rucki and his family grew tired of the continued harassment from Evavold after was released from jail, and David and Samantha made the decision to request an HRO which was granted on July 27, 2017, and served on Evavold days later.

Multiple violations of the HRO and of her probation should trigger a response from both law enforcement and Dakota County Community Corrections within the coming days.