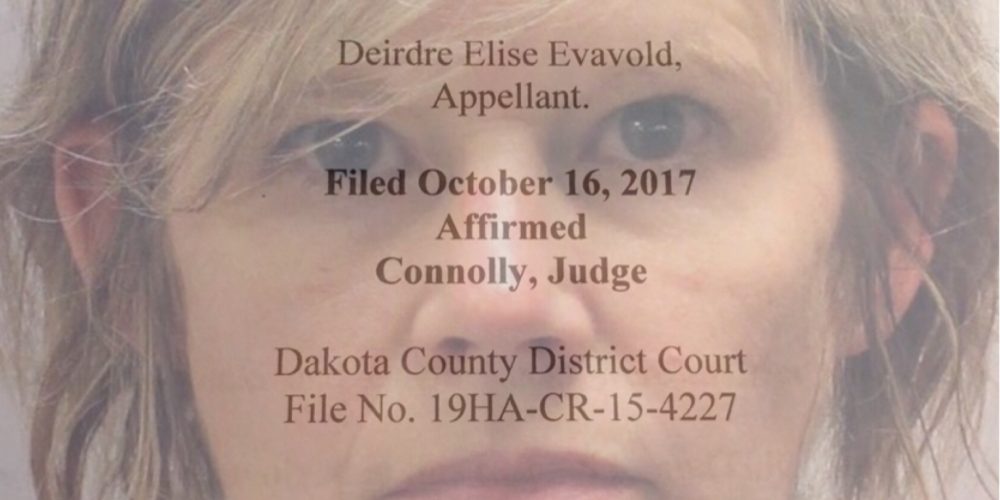 The Minnesota Court of Appeals affirmed Dede Evavold’s criminal conviction for her role in the disappearance of Samantha and Gianna Rucki, who were abducted by their mother near their home in Lakeville, Minnesota on April 19, 2013, during a custody and divorce dispute involving their parents – Sandra Grazzini-Rucki and David Rucki.

Evavold was convicted on September 29, 2016, of six felony counts of deprivation of parental rights related to the disappearance the girls.

Evavold is not an attorney, but she represented herself in her criminal trial. She filed a pro se appeal of her criminal conviction on February 7, 2017.

Evavold will be arraigned tomorrow on three criminal counts of violating a Harassment Restraining Order granted by a court in Dakota County to protect David Rucki and his family from Evavold’s continued harassment.

Evavold is scheduled to appear at the Dakota County Western Service Center in Apple Valley at 9:00 AM.

Below is the unpublished opinion released this morning from the Minnesota Court of Appeals affirming Evavold’s criminal conviction.