Why Sandra Grazzini-Rucki not being in jail should scare you 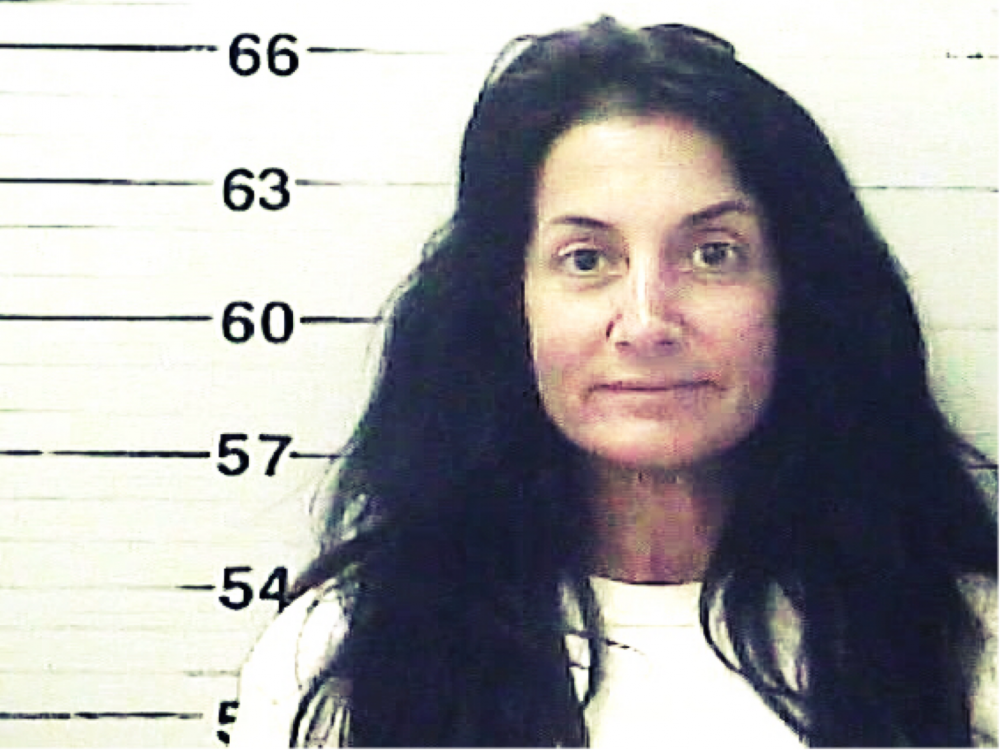 Sandra Grazzini-Rucki has failed to report to the Dakota County Jail, as required per the conditions of her sentence after being convicted for her role in the disappearance of daughters for 944 days.

Grazzini-Rucki was ordered to report to the Dakota County Jail in Hastings, Minnesota by 8:00 AM, on Saturday, November 18, 2017. She is over four days late for reporting to jail, and a warrant has not been issued for her arrest.

The fact that Grazzini-Rucki is not in jail should scare you.

Grazzini-Rucki recently lost the appeal of her criminal conviction, and she is scheduled to be sentenced again on December 14, 2017. She knows that she is going back to jail, and Grazzini-Rucki has no incentive to voluntarily report to jail.

Over the last 17 months, Missing in Minnesota has reported on the continuing developments involving Grazzini-Rucki, and the other adults charged and prosecuted for their criminal roles in the disappearance of Grazzini-Rucki’s daughters.

“Grazzini-Rucki has started down a very dangerous road. She thrives off of chaos and the attention it brings. Not satisfied with the damage and pain she has already inflicted, Grazzini-Rucki is working to create more lawlessness in society.”

In the last year, Grazzini-Rucki’s disdain for law enforcement and the court system has become more flagrant, her rhetoric more incendiary, and her behavior increasingly dangerous.

Below is a summary of what Missing in Minnesota has published in the last year about Grazzini-Rucki’s threatening behavior. 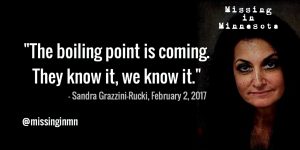 Because of Grazzini-Rucki’s erratic behavior, questions have been raised about her overall mental health.

Grazzini-Rucki announced her next targets: children, spouses, and family members 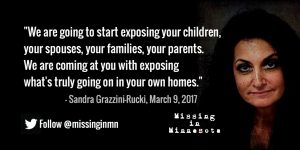 In March, Grazzini-Rucki announced that she and others will be targeting the family members of judges, attorneys, and county staff, including their children. 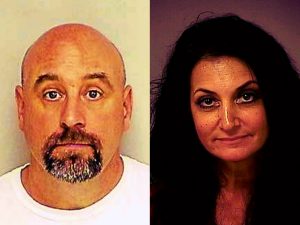 Grazzini-Rucki took her documented threats toward law enforcement, judges, and court staff in Minnesota to a dangerous level by joining forces with a Connecticut man convicted of threatening to shoot a judge.

Taupier, was on house arrest during the podcast while he appeals his conviction, described how close he came to murdering police officers when they came to his home to check on the welfare of his children after his ex-wife contacted police.

“It’s a good thing I didn’t have a firearm that I borrowed from a friend,” said Taupier, who added, “because I probably would have blown every cop that was on the front steps away, dragged their bodies to the street, and burned’m.” 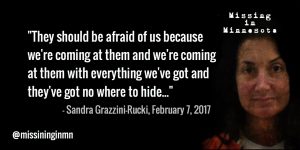 “I think it is our obligation to inform our president, who I believe can make some changes, that all these people that he is giving credit to don’t deserve the credit and in fact, except for a very few individuals… they’ve done nothing but harm children more, and I’m including CPS, foster parents, government workers, police departments, lawyers, and judges. They have single-handedly destroyed our children, and the future of America.”

April has been designated National Child Abuse Prevention Month by every president since 1983.

Grazzini-Rucki boasted she has violated other court orders 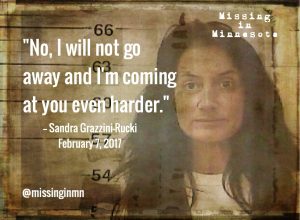 Grazzini-Rucki took to the airwaves in last December to boast in a radio interview that she had violated court orders by communicating with additional people who were criminally charged related to the disappearance of her two daughters.

Judge Karen Asphaug, who presided over Grazzini-Rucki’s criminal case, and had the same role in the criminal proceedings of Dede Evavold, along with Doug and Gina Dahlen, issued court orders which prohibited any contact between Grazzini-Rucki, Evavold, and the Dahlens.

Grazzini-Rucki admitted last December that she had recently spoken with the Dahlens in violation of the court’s order. She also acknowledged speaking with Evavold.

Despite the specific instructions from the court prohibiting communications, evidence collected over the last few months show Evavold and Grazzini-Rucki have remained in contact.

Since she was sentenced in September 2016, two separate arrest warrants have been issued Grazzini-Rucki for violating the conditions of her probation. Before Grazzini-Rucki left jail last October, her criminal defense attorney, Stephen Grigsby, issued a blunt warning to the public that Grazzini-Rucki had “no intentions to comply with probation.”