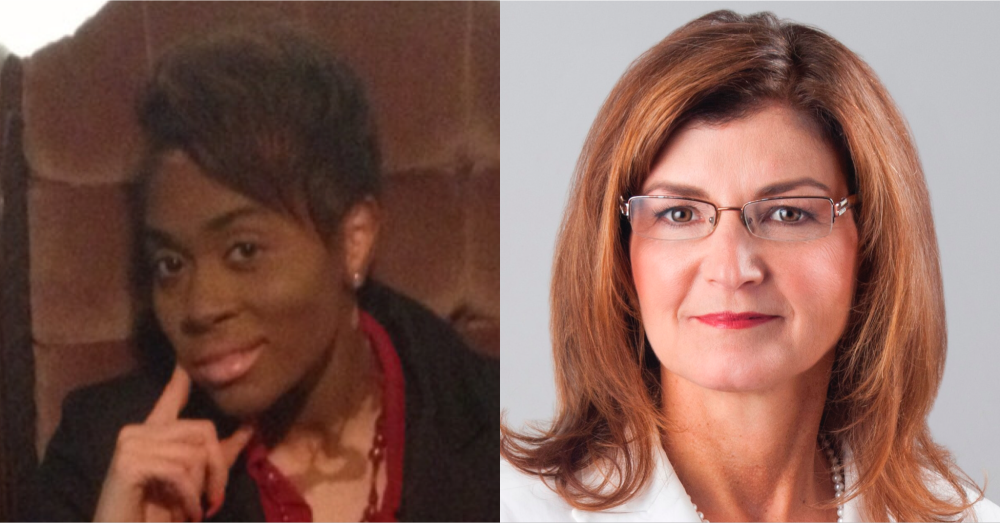 The Minnesota Supreme Court will have a hearing tomorrow on allegations that Karlowba Adams Powell, who serves as Michelle MacDonald’s attorney in her lawsuit against Michael Brodkorb and Missing in Minnesota, violated numerous rules governing licensed attorneys in Minnesota.

Last September, a referee appointed by the Minnesota Supreme Court determined that Adams Powell made numerous false statements, engaged in the unauthorized practice of law, failed to cooperate with her supervised probation, and violated her probation and suspension orders.

The Office of Lawyers Professional Responsibility wants Adams Powell to be suspended from practicing law for 6 months. Adams Powell’s attorney, State Senator Bobby Joe Champion,  acknowledges her “lapses in judgment” and is offering a 60-day suspension.

This is the fourth disciplinary proceeding involving professional misconduct for Adams Powell.

Tomorrow’s hearing will be live-streamed by the Minnesota Supreme Court at 10 AM.

MacDonald being investigated by lawyers board because of her lawsuit

The lawsuit filed by MacDonald against Brodkorb and Missing in Minnesota was dismissed last March by a judge in Ramsey County. MacDonald is appealing the dismissal of the lawsuit.

The over 19-month investigation into the alleged violations by MacDonald was opened after Missing in Minnesota filed a formal complaint with the Office of Lawyers Professional Responsibility weeks after MacDonald filed a “frivolous and vexatious” lawsuit against Missing in Minnesota, which appears to be in violation of an Order of the Minnesota Supreme Court which details the conditions by which MacDonald is allowed to practice law.

The Eagan Police Department investigated MacDonald’s claims and found them unfounded. The report states: “the photo turned out to be a valid public booking photo.” In fact on October 20, 2016, MacDonald testified under oath at her own deposition and acknowledged the existence of the booking photo that she falsely claimed to police Brodkorb created