UPDATE (1:10 PM, Friday, June 5, 2020) – The Senate District 51 Republicans sent out a tweet last evening confirming MacDonald was not endorsed and added that “MacDonald is a perennial candidate with a history of bad behavior and misleading statements.”

Michelle MacDonald, who is running for the Minnesota Supreme Court, is falsely claiming her current campaign was endorsed “at the Republican convention.”

In a tweet sent on Monday by MacDonald to President Donald Trump, MacDonald stated she is “running statewide for Supreme Court Justice” and that “at the Republican convention” she “got the endorsement.” 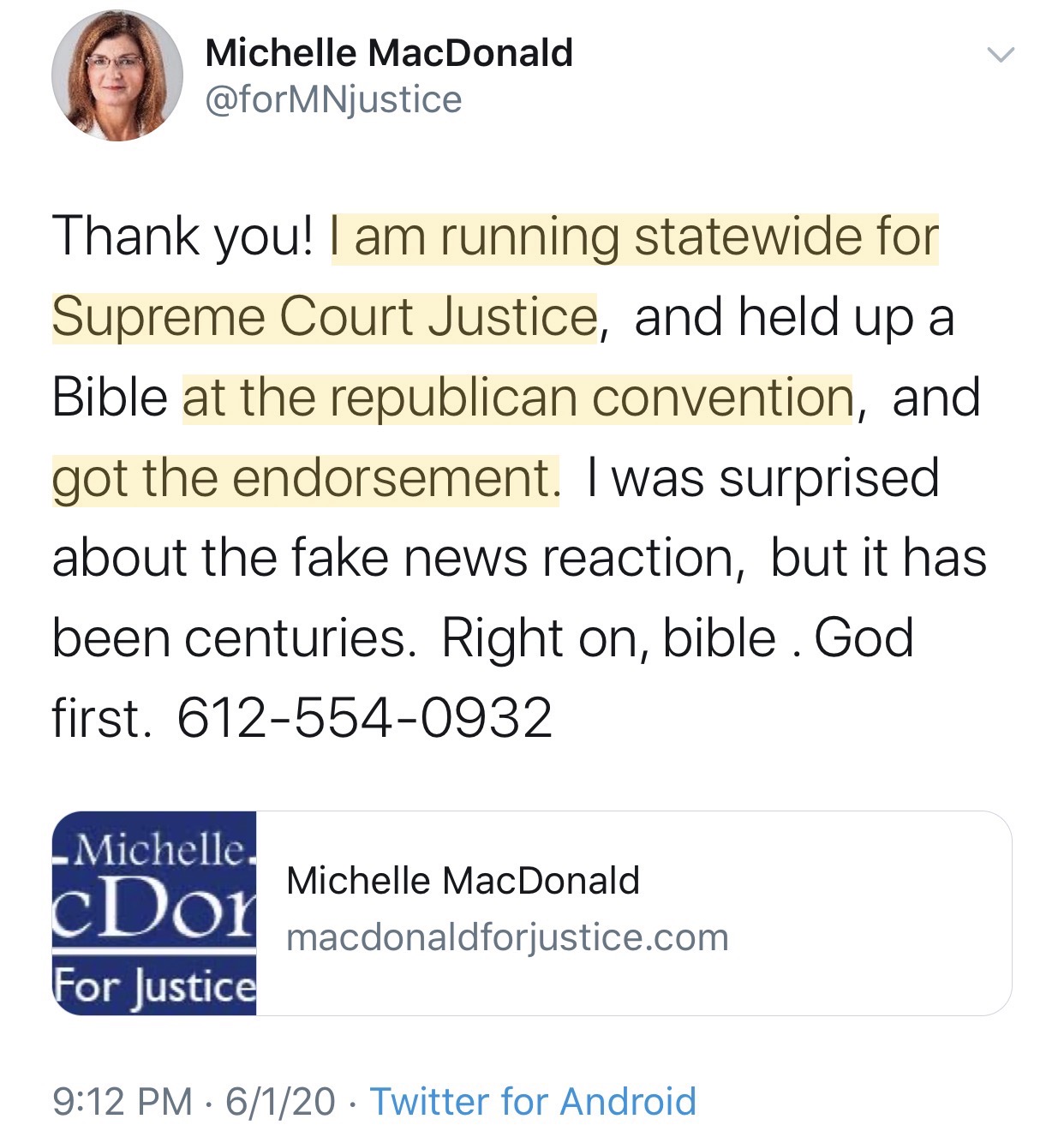 MacDonald made similar claims in an additional tweet to President Trump.

MacDonald was endorsed by the Republican Party of Minnesota in 2014, but she was not endorsed when she unsuccessfully ran again for the Minnesota Supreme Court in 2016, 2018, or 2020.

This isn’t the first time MacDonald has falsely claimed endorsements by Republicans in Minnesota while running for the Minnesota Supreme Court.

A three-judge panel with the Office of Administrative Hearings ruled in December 2016 that MacDonald “knowingly violated” campaign law when she falsely claimed she was endorsed by a non-existent Republican organization.

The Office of Administrative Hearings also imposed a $500 civil penalty against MacDonald for violating the Minnesota Fair Campaign Practices Act.

The Minnesota Court of Appeals later affirmed the ruling from the Office of Administrative Hearings, after MacDonald appealed the decision.

Steve Timmer, who along with Barbara Linert, filed the successful complaint against MacDonald in 2016 for falsely claimed endorsement of a non-existent Republican organization, documented MacDonald’s latest false claims of endorsements by Republicans in Minnesota.

Timmer noted MacDonald’s latest false claims could “earn MacDonald a trip back to the [Office of Administrative Hearings.]