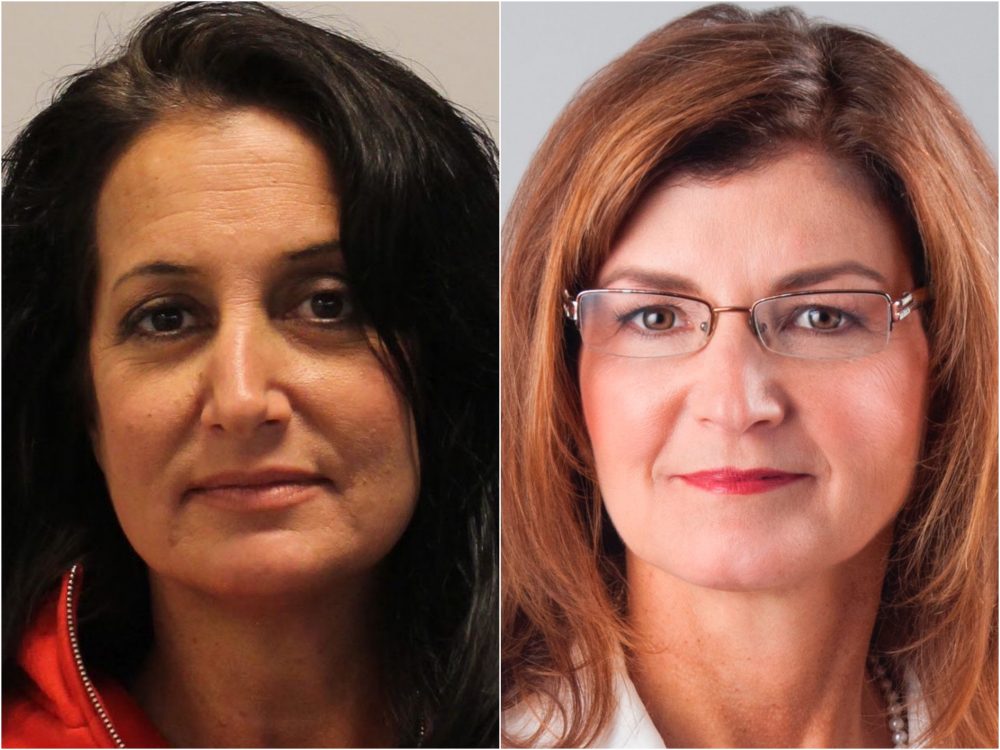 Sandra Grazzini-Rucki intends on filing another fraudulent harassment restraining order against me when she is released from jail within the next two weeks, according to statements made by her attorney Michelle MacDonald to members of the media, and based on information communicated by MacDonald to my attorneys.

Last month, a Dakota County Deputy Sheriff served me with a harassment restraining order that was granted by Judge John McBride in Washington County at the request of Grazzini-Rucki.

The order was dismissed for procedural reasons; Grazzini-Rucki used the Stillwater office address of MacDonald to claim she was a resident of Washington County. Judge McBride agreed with the arguments made by my attorneys, Nathan Hansen and Ryan Griffin, that Grazzini-Rucki failed to file her request for a harassment restraining order in the proper county and therefore, Judge McBride vacated and dismissed the order.

While I am happy the harassment restraining order was vacated and dismissed, the court did not examine the allegations made by Grazzini-Rucki in her original request for the harassment order.

The incidents of “harassment” described by Grazzini-Rucki in her sworn affidavit never happened. During her criminal trial in July, Grazzini-Rucki admitted in testimony that she had repeatedly been “dishonest” when she previously testified under oath in her divorce and custody proceeding.

Grazzini-Rucki has a documented pattern of filing harassment restraining orders, and then creating situations in an attempt to ensnare the targets of her harassment. This is another sad example of Grazzini-Rucki using the court process to make false allegations against people she does not like.

With an understanding and knowledge of Grazzini-Rucki’s past behavior, my attorneys requested that I remain at my home in Dakota County while I waited for the court hearing in Washington County about the harassment restraining order filed by Grazzini-Rucki.

For almost two weeks, I followed the advice of my attorneys and worked at my home office like I was under house arrest. My attorneys requested that I talk with them before I decided to leave Dakota County, which I did only twice during the time the harassment restraining order was in effect.

Grazzini-Rucki filed the harassment restraining order to harass me, to prevent me from continuing to report on the legal developments in her criminal trial and others who have been criminally charged related to the disappearance of Grazzini-Rucki’s children.

Because of the harassment restraining order filed by Grazzini-Rucki, and based upon the legal advice from my attorneys, I was unable to attend multiple court hearings involving Grazzini-Rucki, including her sentencing hearing.

Grazzini-Rucki and MacDonald found a creative loophole to prevent a journalist from reporting on legal developments involving Grazzini-Rucki.

The First Amendment implications of a defendant in a criminal trial abusing the court system to silence unflattering reporting about themselves was clear to many from the beginning.

The story of how two kids vanished needs to be told

I first began writing about Grazzini-Rucki when I was a Special Correspondent with the Star Tribune, and my reporting was credited with helping law enforcement locate the missing children Grazzini-Rucki was convicted of hiding from their father, David Rucki.

I am now a columnist with MinnPost, but my continued reporting on the criminal trials for those charged involved with the disappearance of the Rucki sisters appears on this website.

I’ve continued to report on this case because I believe the story of how two sisters vanished, the father and family who kept searching, and the adults who conspired to keep the girls hidden needs to be told.

Grazzini-Rucki and her allies, including MacDonald, do not like me because I have harassed them, as I never have, nor would I ever engage in harassing behavior.

They do not like me because my investigative reporting assisted law enforcement in finding two kids who were missing for 944 days from their family and friends, and it helped ensure those responsible for hidding these kids would be criminally charged.

I am a columnist. I am an independent journalist. I am a reporter.

I am also fortunate and blessed to have my family’s continued support of my writing, and the personal resources needed to hire competent legal representation to defend myself from Grazzini-Rucki’s false accusations.

Other reporters who find themselves the targets of Grazzini-Rucki and MacDonald’s vexatious litigation may not have the personal support and financial resources needed to defended themselves.

The chilling effect could be that the tactic used by Grazzini-Rucki and MacDonald may intimidate or prevent another independent journalists from reporting on this case.

Aside from the cost of hiring legal representation, I also lost a paid-writing opportunity, as concerns were raised about the negative media coverage about the filing of Grazzini-Rucki’s harassment order.

The poor decisions I made in my personal life and professional career have generated numerous negative media stories, and I have only myself to blame.

Having survived countless days of bad press caused by self-inflicted wounds, I’ve learned how to manage tough days and most importantly, how not to create new problems.

But while I may have thicker skin, I have a softer heart and a stronger backbone than ever before. I refuse to be intimidated by those who wish to stifle my ability to tell the most important story I have ever encountered.

Over the last 18 months, I have traveled all across Minnesota to report on this case. I have no expense account, no company credit card, no food or gas allowance to subsidize the expenses I’ve incurred to cover this story. Aside from my monthly paycheck from the Star Tribune, I’ve received no financial assistance or payment for any of my work on this story.

The end result of my work product on this story may take a variety of different forms, but the reason I continue to write about this case is because for 944 days, two kids went missing in Minnesota, while their family, friends, and law enforcement searched to find them.

There are continued risks for me in covering this story

The behavior of people connected to Grazzini-Rucki, including MacDonald, is best described as unstable. My personal safety has been threatened numerous times by people close to Grazzini-Rucki.

I’ve been targeted on social media with harassing and threatening message, along with members of my family. I’ve attended dozens of court hearings involving Grazzini-Rucki and most times, I have been the only journalist in the courtroom, while Grazzini-Rucki has had supporters in attendance.

I’ve ignored their disrespectful comments, I’ve refused to engage in arguments, or their fanciful claims that it is Grazzini-Rucki and her allies that are the real victims.

I’ve received threatening phone calls, unwanted visits at my home, and endured numerous attempts by Grazzini-Rucki and others close to her to stop my reporting on this case.

Despite not having the assistance of a union, guild, or journalism organization, my commitment to telling this story outweighs the harassment and threats I continue to receive.

In reporting on this story, I’ve seen even worse attempts to intimidate David Rucki, his family, and his attorney Lisa Elliott. They haven’t succumbed to the threats, nor will I.

MacDonald is a cancer on the legal community

Orchestrating the harassing litigation, is Grazzini-Rucki’s attorney Michelle MacDonald, who is best described cancer on the legal community in Minnesota.

In August, an attorney complaint was filed against MacDonald related to her legal representation of Grazzini-Rucki in family court.

MacDonald was labeled as a “person of interest” last year by the Lakeville Police Department in the disappearance of Samantha and Gianna Rucki – a label which law enforcement confirmed has not been removed from MacDonald.

She has refused to speak with the Lakeville Police Department about her possible involvement in the disappearance of the sisters – even after public statements from her that she would cooperate in the investigation.

It is possible that MacDonald may still be charged related to the disappearance of the Rucki sisters. Just like Grazzini-Rucki, MacDonald has a clear motive for ensuring my First Amendment right to fully report on this case is hindered.

My work on this story continues

I cannot do anything to prevent Grazzini-Rucki, with the assistance of MacDonald, from filing another fraudulent harassment order against me when she is released from jail later this month.

My attorneys are reviewing all available remedies to prevent Grazzini-Rucki and MacDonald from continuing to abuse the legal system.

I only have two options: immediately stop reporting about this case, or continue to professionally and responsibly report on the how two sisters disappeared for 944 days, how their family never stopped searching for them, and why adults conspired to keep the girls hidden.

Despite the threats, harassment, and attempts to stifle my ability to fully exercise my First Amendment rights, my work on this story continues.