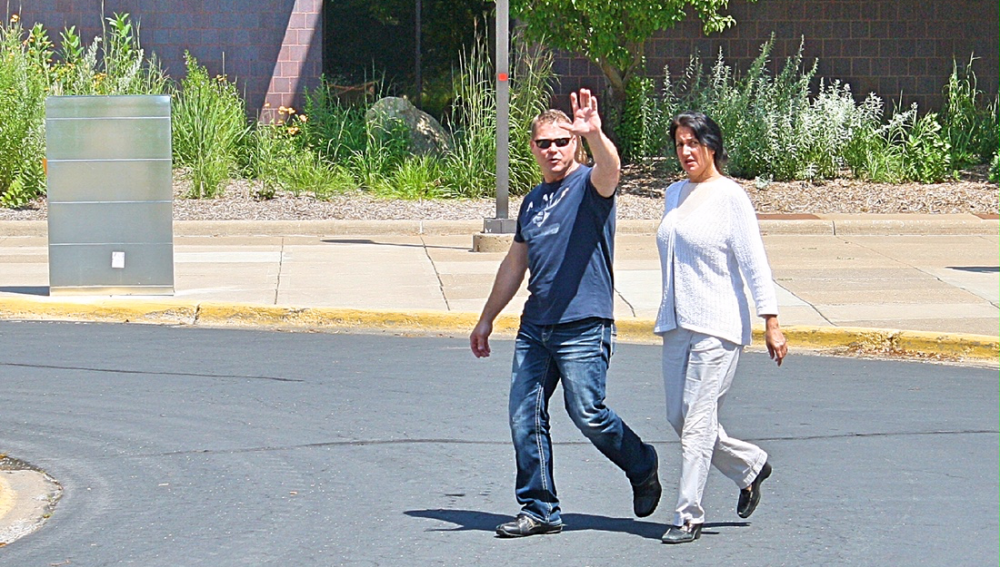 The first day of Sandra Grazzini-Rucki’s criminal trial on eight counts of deprivation of parental rights began today at the Dakota County Judicial Center in Hastings.

The bulk of today’s hearing was focused on the selection of a jury who will decide the fate of Grazzini-Ricki, who has been charged related to the disappearance of her two daughters, Samantha and Gianna Rucki.

The sisters ran from their home in Lakeville during a custody and divorce proceeding involving their parents on April 19, 2013.

On November 18, 2015 – 944 days after they disappeared – the girls were found living on the Dahlen’s ranch in northern Minnesota by law enforcement, in a search led by the Lakeville Police Department.

According to the criminal complaint filed against Grazzini-Rucki, she picked up her daughters on the night they ran from their home in Lakeville and drove them to the home of Evavold and then eventually, the Dahlen’s ranch in Herman, Minnesota.

The attorneys for the Dahlens wanted their clients to be granted “transactional immunity” instead of the “use immunity” which was being offered by the Dakota County Attorney’s Office.

Below is the difference between use and transactional immunity:

Transactional immunity is commonly referred to as “blanket immunity.”

Jury selection will continue tomorrow morning, with opening statements scheduled to heard later in the day.

It was disclosed during the trial today that Grazzini-Rucki had rejected two plea offers from the Dakota County Attorney’s Office. Assistant County Attorney Kathryn Keena told the court the offers were made to Grazzini-Rucki to prevent the family and children from having to endure a trial.

Grazzini-Rucki’s trial is expected to last until late next week. Please follow Missing in Minnesota via Twitter for live updates from the trial. Please check back tomorrow for additional information and analysis from the second day of the trial and other developments.